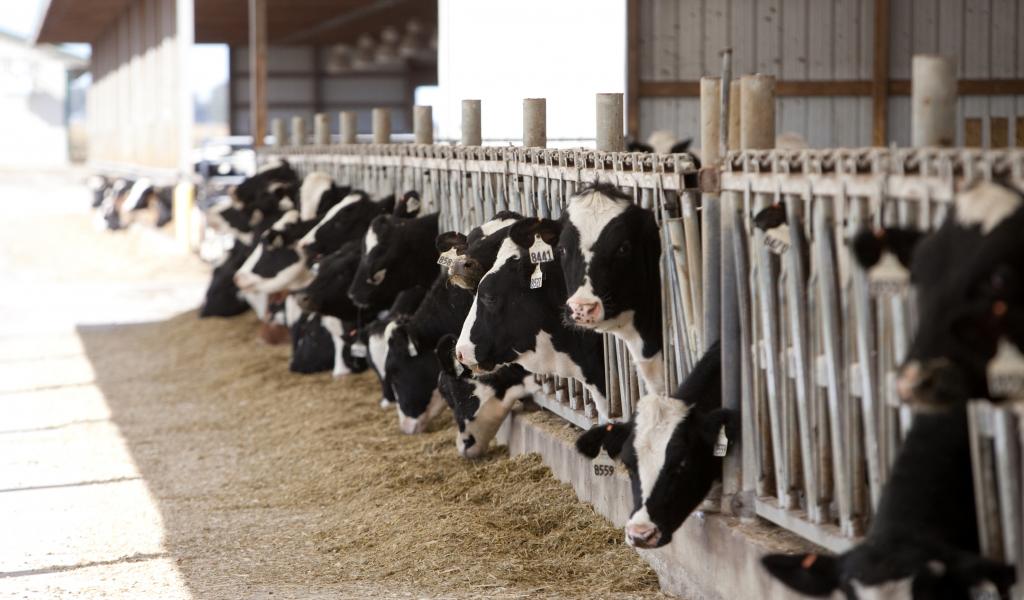 This article originally appeared in the April 19, 2016, issue of Progressive Dairyman. It was written by Walt Cooley.

During the past several months, Progressive Dairyman readers have responded to an announcement last fall that tail docking will not be permitted as part of Farmers Assuring Responsible Management, or the FARM Program, beginning next year.

Editor Walt Cooley summarized a few of their oft-repeated comments and questions about the accelerated timeline for ending the practice. He posed them to NMPF’s Vice President of Animal Care Emily Meredith. NMPF operates the national FARM program that guides animal care standards for 94 percent of the U.S. milk supply. What follows are Meredith’s responses.

Q. ‘If tail docking is not a hill to die on, what are the hills to die on in the FARM Program?’

A. MEREDITH: I think the first thing that comes to mind is antibiotic use. We have a lot of customers and people asking about dairy farms’ use of antibiotics – when they use them, how much they use them and are they mindful of withdrawal times.

Their questions are obviously something we work very hard to answer. The FARM program as it exists now helps to do that.

Q. What other animal care issues are coming to the forefront of customers’ minds?

A. MEREDITH: I’d say the other big one coming down the pike is a conversation around procedures we do in the dairy industry that research has shown are inherently painful.

Customers are asking how we address pain management. A lot of folks caution us that cows are not human beings. I completely agree with that, but there is also a lot of scientific research that’s been done by leading animal health experts, both in this country and others, that show there are some procedures that do cause some pain. We have decisions to make about how we answer those questions.

Dehorning is a perfect example. It is a procedure we can defend because it is very necessary, not only for the safety of the animals but also for the humans working around them. However, we need to be talking about how we are doing that procedure and when we are doing it.

The research shows earlier is better, which is why in the FARM program it recommends doing it before 6 weeks old. We are looking at how producers could work with their veterinarians to determine if there is something they could give a calf to lessen the pain of that procedure.

Those two are the type of things we need to put our energy and weight behind and figure out how we talk to people about why those practices are necessary and defend them, if necessary.

Q. ‘After watching the tail-docking issue unfold, it feels like we are giving up when it comes to accepting customers’ animal care requests.’ Does ‘folding’ on tail docking set a precedent that the industry will give up on other issues?

A. MEREDITH: I would strongly disagree with that statement. I don’t think we are giving up. To begin with, the end of routine tail docking next year is not a change in policy.

It’s been written that way in the FARM program since its creation in 2009 that we don’t recommend the practice. We are moving up the deadline for the end of the use of the practice, yes, because of concerns that have been raised.

A lot of customers were already setting their own deadline on that issue, which was a challenge to having one national animal care program such as the FARM program. We didn’t want to see that happen.

The reality is – and it is a challenging one for us here at NMPF as well as for those who administer the FARM program – we live in a world where consumers are very interested in the story behind their food, and customers want to be able to tell their own story about social responsibility and sustainability in animal care.

Those are things they are now suddenly interested in. And that means we need to be more proactive. I don’t see being proactive as giving up. I see it as preserving the best possible market for milk and dairy products by picking battles.

Keeping all of our customers on the same page so we don’t have 30 different standards for animal care but just one is a challenge. It’s something our staff works very hard to do. Making sure that we are answering questions and moving everyone in the same direction; that to me is not giving up. Sometimes that’s going to mean that, yes, we need to evaluate which practices we can defend. We just can’t defend tail docking anymore.

Q. ‘Tail docking should be a practice that remains an individual producer’s right to choose to use or not use.’ Who is it that’s making decisions about what producers can and cannot do?

A. MEREDITH: First and foremost, what I say to producers who call me about this issue is that it’s still your right to choose whether or not you want to tail dock. However, there are now ramifications for that decision.

You can choose to do what you find is best, but you just might then have a challenge finding a home for your product if your co-op or processor chooses not to accept your milk. This is the market talking to farmers; how farmers respond will determine their marketing options going forward.

In terms of who makes the rules, it’s our technical writing group, which is a group of producers, co-op staff, academics and veterinarians. We don’t have customers who sit on our advisory committees, although we certainly receive their input almost on a daily basis. We certainly share their feedback with our advisory group.

They meet every three years to determine what, if any, changes are needed to the FARM program. They look to see what the latest research is, what we are seeing in the field, what we are hearing from our producers, and then also what the program data shows.

Any recommended changes go through a review process by our NMPF Animal Health and Well-Being Committee, and then the changes are also sent out for public comment.

In the version of the FARM program that’s coming out in January 2017, the only practice we say needs to be phased out is tail docking. We’re not asking anything else to happen on any other animal care practice.

Q. ‘I don’t believe science has proven tail docking isn’t a beneficial practice.’ How much will science play a role in determining the validity of the use of a practice in the future?

A. MEREDITH: The FARM program is, first and foremost, a science-based program.

If we want to put our faith in a science-based program, we unfortunately can’t pick and choose which science we want to support. That means we need to stand behind science even when research shows that a practice that we’re currently doing might no longer be viable.

I think that’s exemplified in the tail-docking issue. The American Dairy Science Association and the Journal of Dairy Science just published all of the research on tail docking. (See Tail Docking Collection for a special collection of articles published between 2000 and 2010.) Not a single one of those studies says that tail docking is a viable or a recommended practice for the health and welfare of a dairy animal.

It’s important to point out that no tail docking takes place in California, the number-one dairy state, and our own data indicates that only about one-quarter of farms nationally continue to do it. So it’s hard to make the case that docking is essential to the industry.

Q. ‘The FARM program was voluntary at first, now it’s not voluntary because my co-op is mandating that I participate. It feels like this program doesn’t stop asking for things. Will the program ever stop asking for more?’

A. MEREDITH: l think the phrase that describes the FARM program best is that it’s a program of continuous improvement. And so, as needed, the FARM program standards are going to continue to evolve and change.

It isn’t even a score program, for that matter. It’s about continuous improvement, evolving practices and what we’re doing on dairies over time.

I think to a certain extent, we have to change how we look at these things. If you look at this program always in a negative light, then you are only going to feel negative about it.

But if you look at this program as something that helps to tell the story we already know is true, which is that dairy farmers take great care of their animals, then this program helps us provide the data to help back that story up to the people who are asking questions.

The reality is: Our customers are probably never going to stop asking questions. They are not going to stop asking about how things are done on the farm. We don’t live in a world anymore where we can just say, “Trust us. It’s under control.” I think where I would like to end up is where we provide them hard proof and all the information they need to feel confident in the dairy industry and how we treat our animals.

Q. ‘Whoever doesn’t allow tail docking hasn’t been smacked in the face with a manure-soaked tail before. Who is it that’s making up these standards?’

A. MEREDITH: I feel fairly confident saying that everyone on the FARM program’s technical writing group and NMPF’s Animal Health and Well-Being Committee have all milked cows. I am confident in saying they understand that it is unpleasant.

Our experts have recommended switch trimming as an alternative to tail docking to alleviate the issue you just mentioned. These are the folks who set the policy and, again, they have a wealth of experience both on-farm and in academic settings that make them very well equipped to set the course for the FARM Program going forward.