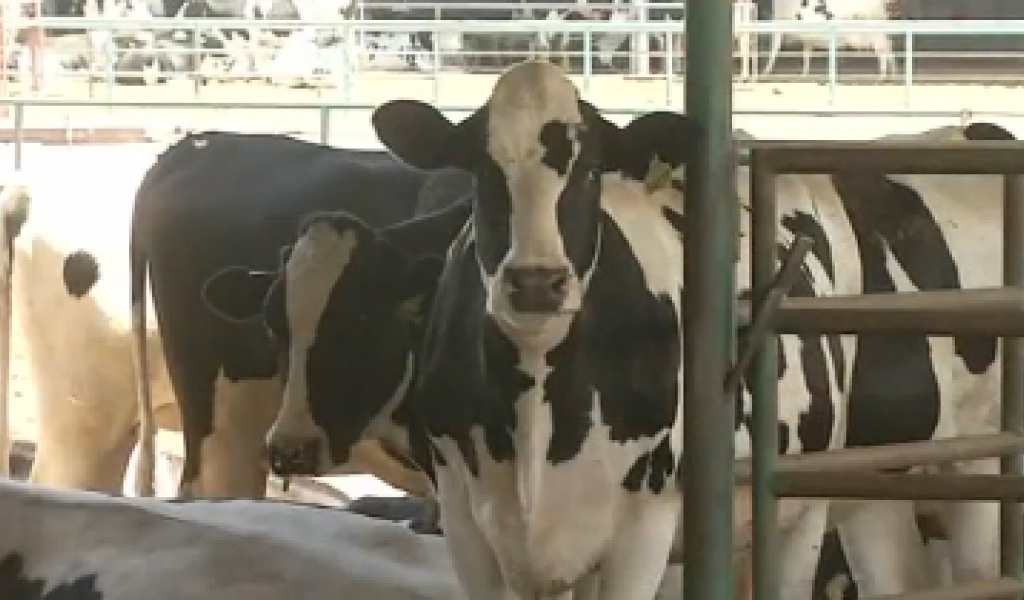 Cool cows are comfortable cows, which is why throughout the United States dairy farmers work hard to make sure their cows stay comfortable all year round.

Medeiros’s barns already featured fans and misting water jets, but recently he added new technology to find out what more he could do. Using infrared cameras, Medeiros found that some cows would get really hot during the day, while others would stay comparatively cool.

As a result, Medeiros decided to double the number of fans in his barns and install new water jets – and he’s already seen that the cows appreciate the efforts.

“We’ve definitely seen the cows are walking up to the barn a little quicker than they used to because they know they’re going to cool down,” Medeiros said.