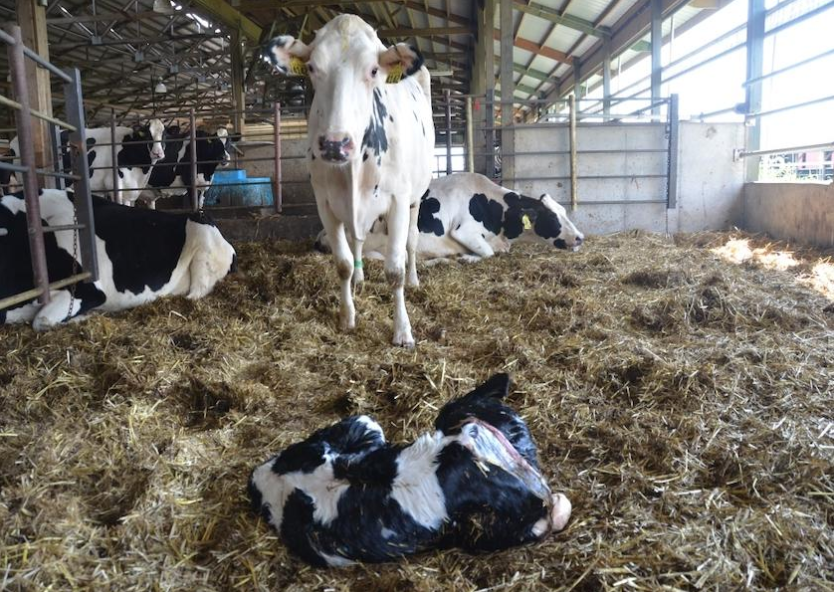 In recent years, greater awareness of that pain has prompted the dairy and veterinary industries to embrace mitigation measures to reduce pain from routine management practices.

All these pain-management efforts are aimed primarily at calves. But researchers now are exploring whether cattle would benefit from pain management associated with another regular lifetime event: calving.

“There is little doubt that giving birth and postpartum recovery are painful events for cattle, just as they are for humans,” said Hans Coetzee, Head of the Department of Anatomy and Physiology at the Kansas State University (KSU) College of Veterinary Medicine. “Recent research has focused on whether supportive postpartum therapy could alleviate pain and inflammation, and help cows recover more quickly from the stress of calving.”

Michael Kleinhenz, Assistant Professor in the Department of Clinical Sciences at the KSU College of Veterinary Medicine, conducted one such study. He and his team assessed post-calving pain via a unique gait analysis system.

The system uses specialized floor mats that measure contact force to assess how cows distribute weight to their limbs, and the length of their stride. The same pressure mats have been used as an FDA-approved method of evaluating lameness pain.

In the post-calving study of 20 Holstein cows (10 treated, 10 control), his team found that postpartum pain care resulted in:

A second study using meloxicam and another pain therapy (sodium salicylate) postpartum was conducted by Barry Bradford, Meadows Chair in Dairy Management at Michigan State University. Second-lactation or greater cows received either meloxicam, sodium salicylate or no therapy, with each treatment lasting 3 days and 51 cows in each group.

Bradford and his team found that cows in both treatment groups had significantly higher milk and protein production throughout their entire lactations, compared to the cows that received no treatment. The researcher suggested a reduction of systemic inflammation by both drugs could be the reason for greater whole-lactation production success, and also might improve lifetime herd longevity.

Meloxicam can be administered via oral bolus, which makes it more convenient than sodium salicylate, which must be delivered via oral drench. Neither drug has US FDA approval for lactating dairy cattle, and only can be used upon written prescription by a licensed veterinarian in accordance with extra-label drug use (ELDU) guidelines.

ELDU is allowed for alleviating pain and suffering of animals, but not for enhancement of production, underscoring the importance of research that explores the well-being of animals and their response to pain relief.