The Science Behind the Tail Docking Debate 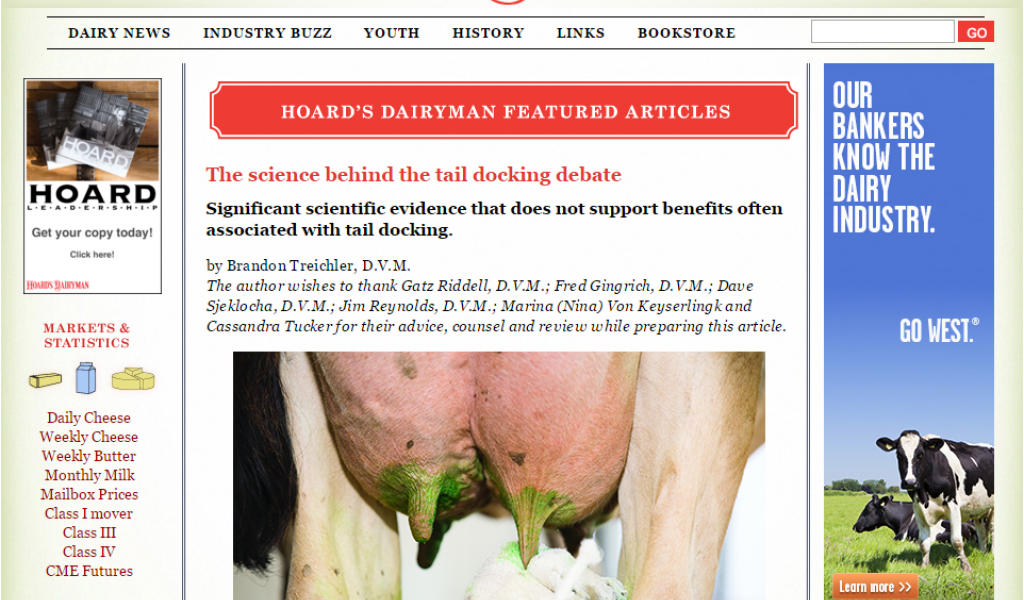 The FARM Program’s animal care checklist contains dozens of best practices designed to optimize the well-being of the cows at the center of the program. To enhance the credibility of the program, those requirements have to be defensible from an animal science perspective. Otherwise, the program risks losing its value to farmers and dairy customers.

Since FARM was created seven years ago, the program has opposed routine tail docking, precisely because a plausible defense of the practice is not supported by the research into the supposed benefits of docking. As the FARM Program moves toward a phase-out of tail docking in January 2017, we continue to receive inquiries about the evidence that says docking is not in the best interest of dairy cows.

We’re sharing this recent column from Hoard’s Dairyman because it directly addresses the main issues surrounding the continued use of tail docking.  As this paragraph below explains, veterinary medicine must be based on scientific evidence, and the evidence in this matter does not support the value of tail docking.  Thus, FARM cannot support it, either. And for the program to be relevant, credible and effective, the program cannot allow the routine practice of it to continue in the future.

“In veterinary medicine, we advocate “evidence-based medicine” as a means of setting the standards of care. There is a significant weight of scientific evidence that does not support the claims of any benefits to tail docking, and it is this scientific evidence that AABP has used in developing its positions on the practice of tail docking cattle.”